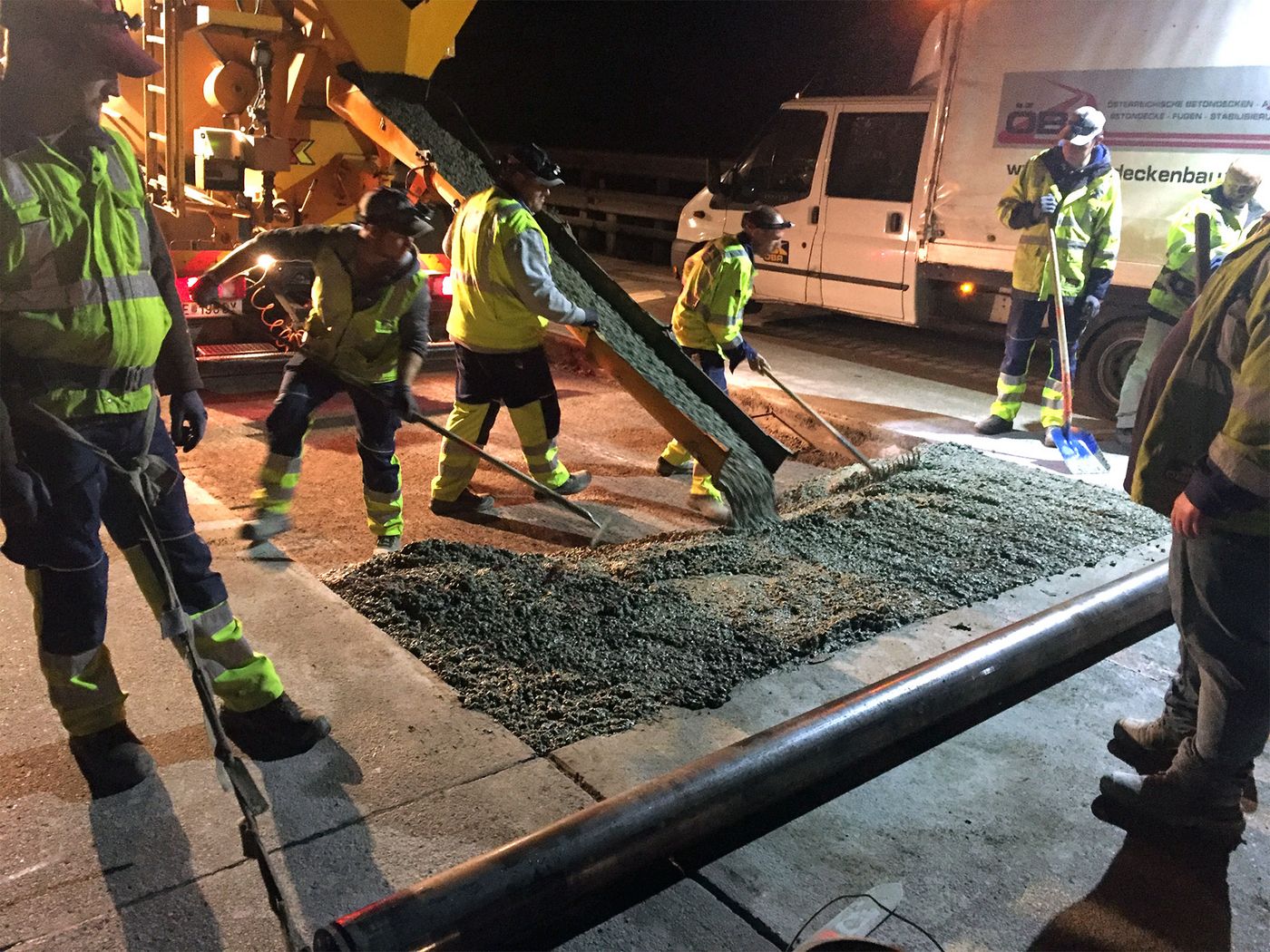 From November 2016 to September 2017, the concrete slabs of the A1 motorway were rebuilt. To be specific, the sections in the direction of Vienna between the Steinhäusl junction and the Altlengbach exit and in the direction of Linz between km 40.00 and km 44.00 were affected.

To impede traffic as little as possible, significant portions of the works were carried out during selective night-time closures. One construction stage took place behind a fixed construction site safety device.

The high time pressure during the night closures and the large transportation stretch for the special concrete constituted particular challenges in this project. There was also the customer’s request to work on two construction stages simultaneously. This allowed the construction time to be decreased by one third.

With the help of a striker roller, rapid hardening concrete was installed efficiently and precisely. 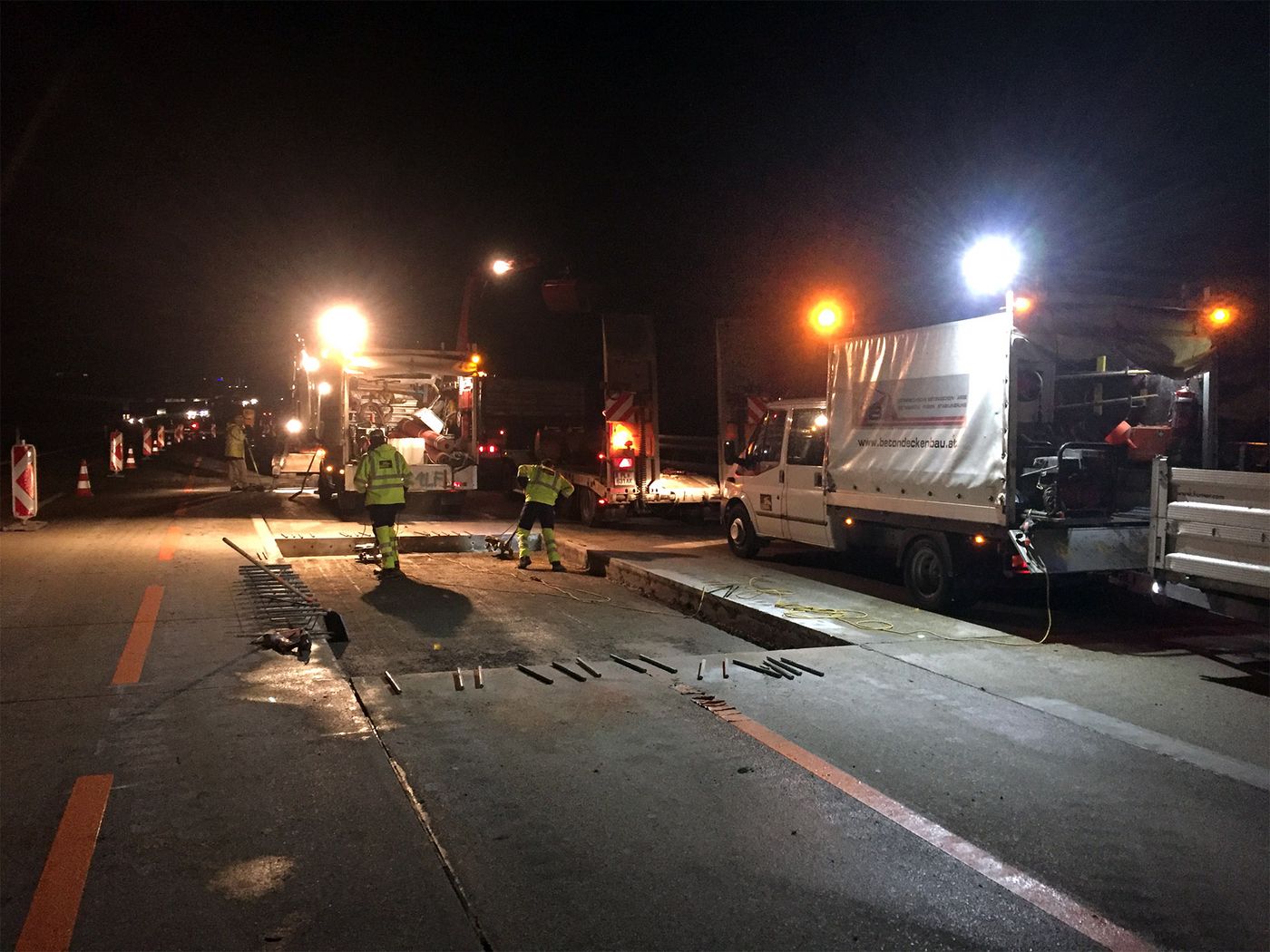 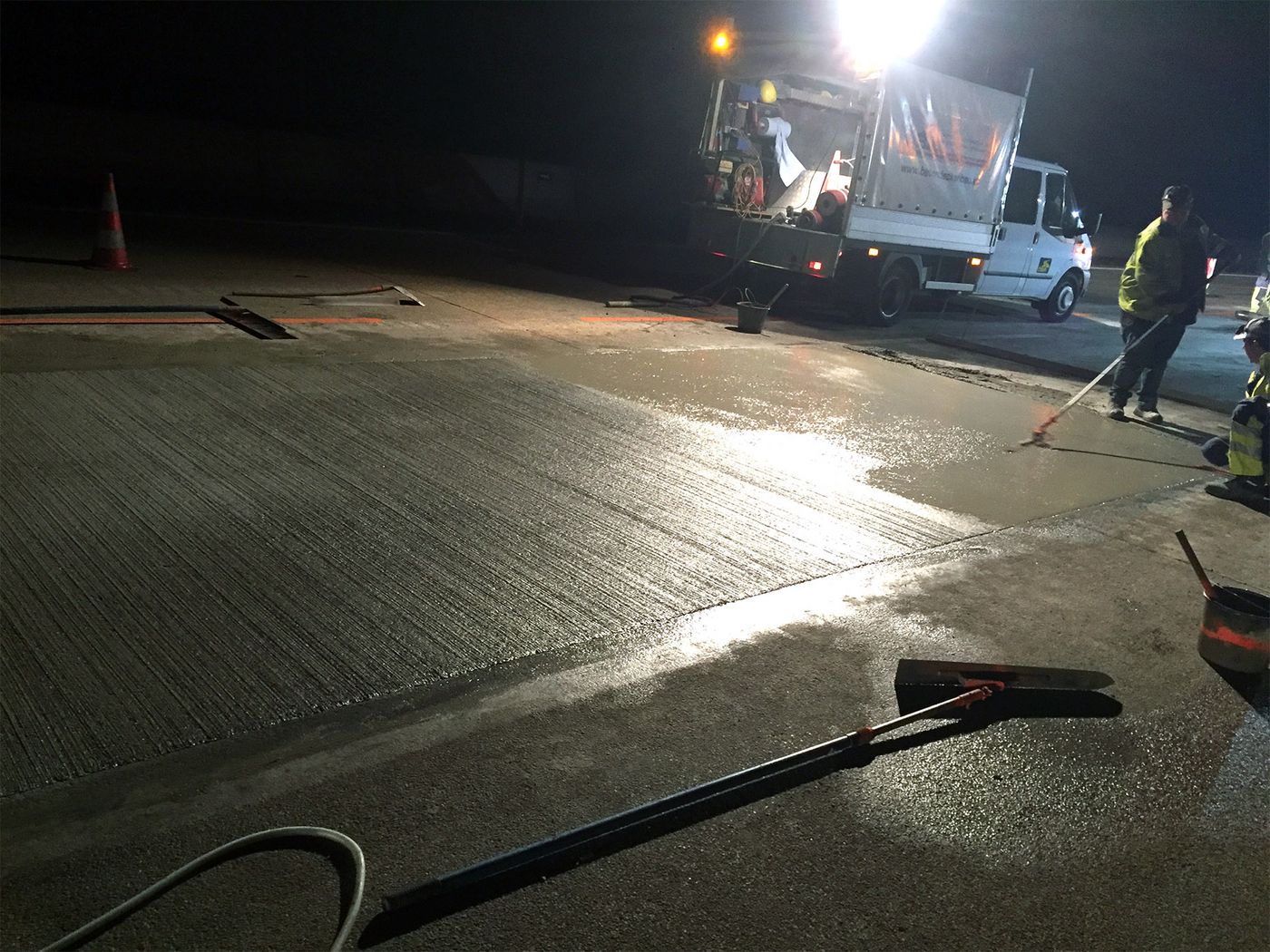 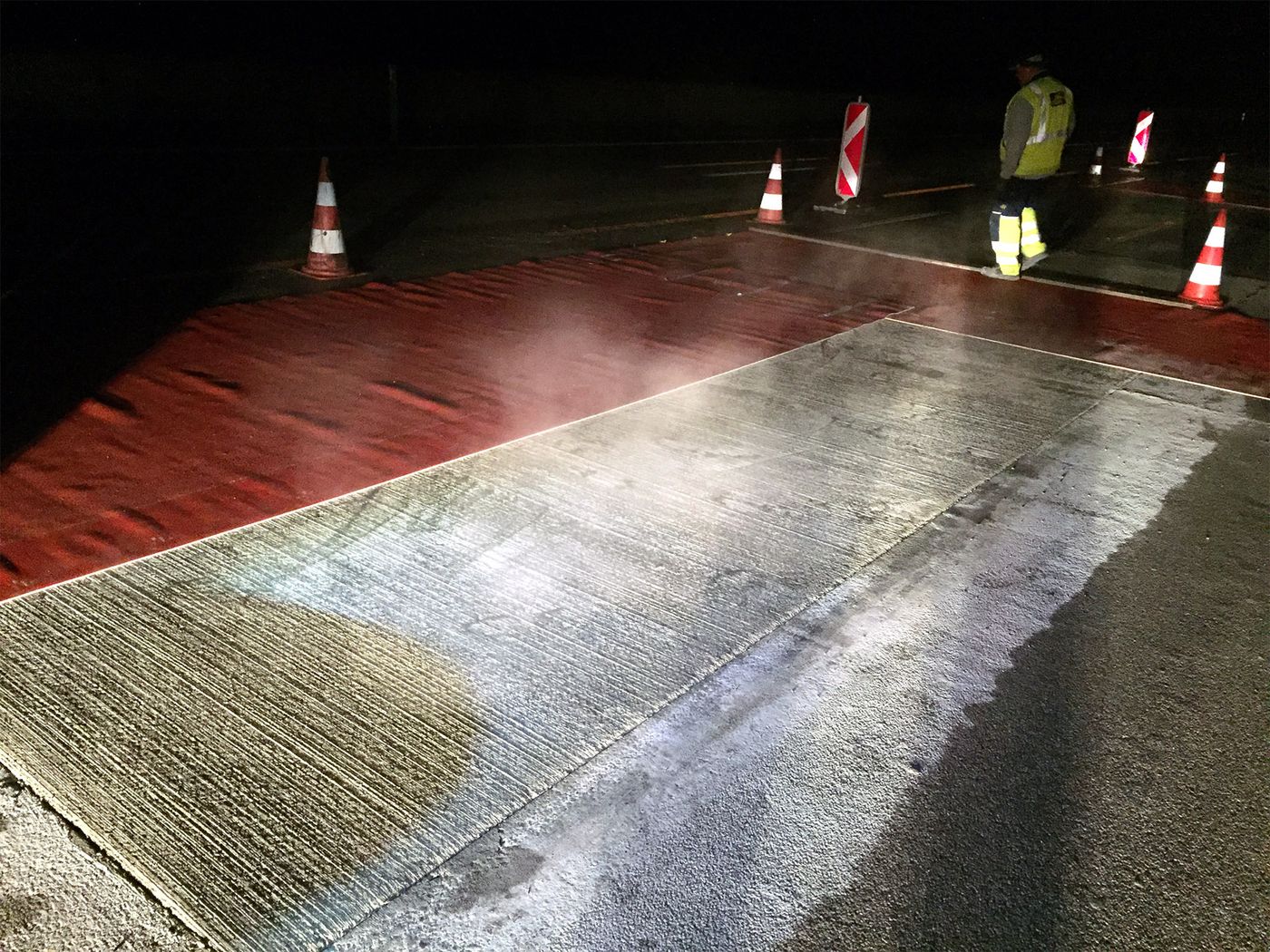 The renewed concrete panels are covered with a special thermal film to speed up the hardening of the material.

Finished preparation works of the concrete panels to be renovated.